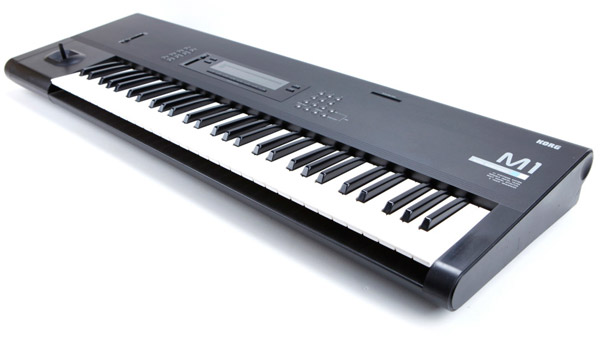 In a marketplace where a synth that sells a few tens of thousands of units is considered a success, one that reportedly sold 250,000 surely exceeds a manufacturer's wildest hopes. Such an instrument was the Korg M1, the widely‑beloved Sample + Synthesis workstation that can rightly be called the most popular synth of all time. Released in 1988 at a UK retail price of £1499, it was manufactured until 1995 — and seven years is a very long time in music technology. Although Korg won't verify the quarter of a million figure I've just mentioned, they do tell me that 100,000 were manufactured during the first two years of the M1's life, serial number 100,000 having rolled off the production line in November 1990.